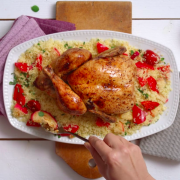 Jesper Klevenås is a Guldbagge awarded director of photography who started his career at Roy Andersson’s classical “Songs from the second floor”. Jesper has great experiences in shooting drama, documentary, live music and numerous of commercials and has big knowledge in green screen, 360-filming and long takes, with a record off over two hours. He’s a loyal team worker as well as – when needed – a respected supervisor who loves to work in a close and creative collaboration with the director, always aiming to reach highest possible expectations.

As well as a highly skilled and experienced director of photography Jesper Klevenås is an internationally awarded drama director, among other recognitions represented at Directors’ Fortnight in Cannes with the short film “A silent Child” starring Tuva Novotny and Sverrir Gudnason. 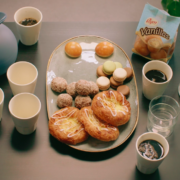 Erik has his roots in still photography and likes to think of every scene as a photograph. Aiming to find the best composition in each framing, and trying to intrigue the viewer to look closer. Working with documentaries has sharpened his eye (and crookened his back), and taught him the importance of a great story. Always in for a challenge, and always looking to widen his knowledge.

He takes great pride in getting the most out of his colleagues, the combined set of skills is what makes the end product stand out. Erik has worked with clients such as IKEA, Skoda, Stadium, blocket.se and SVT.